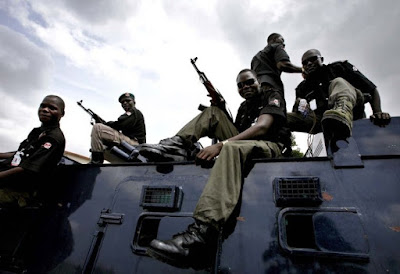 The Commissioner of Police in Ebonyi State, Titus Lamorde, said on Friday that four kidnap suspects escaped from the command’s custody in Abakaliki.

Mr. Larmode said that they were detained for allegedly kidnapping and killing Catherine Okorie at her home in Egba-Amanye community, Ivo Local Government Area of the state.

According to him, the suspects had demanded a N10 million ransom from her family.

The commissioner said that the suspects escaped from the cell where they were kept on the night of October 22.

He blamed the incident on the negligence of the officers on duty, saying that the command regretted it.

“The five officers on duty that period are currently in detention assisting in investigations which is the only way to actually ascertain those that aided the escape.

“The insinuation that a top politician in the state masterminded the escape is unfounded and we assure the public that we will get to the root of the matter,” the police boss said.

The police chief assured the residents that the command had put in place a team of crack investigators who had spread their tentacles to ensure the immediate re-arrest of the suspects.