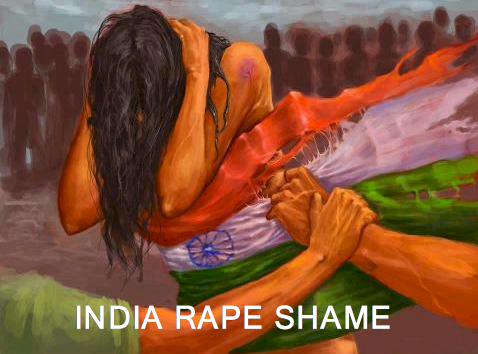 The owner and manager of a children's

boarding school in Maharashtra have been

arrested after five minors said they were

and act them out with one another, police

The children were made to eat faeces as a

punishment if they did not comply.

The 52-year-old owner of the

Chandraprabha Charitable Trust and his 30-

year-old female manager were arrested on

Monday after a police raid on the school in

"We received a police complaint from the

Childline charity saying that one child had

gone home for the holidays and confessed

to his mother that abuses were

forward and we have booked the two

suspects under various offences," he said,

adding that these included unnatural sex

but most were on holiday at home at the

time of the raid.

Police were trying to find out whether

other children were abused and if there

were any other suspects.

Anuradha Sahasrabudhe of Childline, a

charity supported by the government, said

the children had spoken about all kinds of

"It's a horrific case. The children have

been telling us about the sexual abuse

going on there. There has been oral sex,

there has been forced sex... These things

"Children have been punished by making

them eat dog excreta and when they

vomited, they were made to eat vomit,"

Police say the residential school had been

running since 2002, but was not registered

and had therefore escaped government