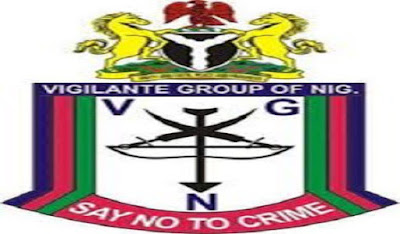 Two suspected ritualists have been arrested by men of Ogun State Command of the Vigilante Group of Nigeria, VGN, in connection with the murder of a 17-year-old girl, Taye Gusau, in Idosemo, Ipokia Local Government Area of the state.

After killing her, they decapitated the body, cut off the hands and intestines. It was gathered that the suspects, Yewanu Tailoju and Asamo Soji, lured the girl, who was hawking puff-puff (doughnut) after school, into the bush and murdered her.

The state Public Relations Officer of VGN, Adebodun Omotolani, who disclosed this, said that the suspected criminals reportedly dumped the body in a well at an abandoned plot of land at Igude, after decapitating it.

Adebodun Omotolani explained that “four days ago, the parents of the girl, when they did not see their child, reported to the VGN, who swung into action, leading to the arrest of 35-year-old, Yewenu Tailoju.

“It was Tailoju that named his partner, Asamo Soji, who is now in Police net and confessed to killing the young girl for money rituals.

“He later took officers of the VGN to where her corpse was dumped after severing her head and hands, while her intestines were also removed.”

The Commandant of the VGN, Olanrewaju Adedoyin, who advised members of the public to always avail the group with information, said VGN was poised to taking community policing to a level that will reduce crime in the society.

He said the case will be properly handed over to the Nigeria Police for further investigations and prosecution.