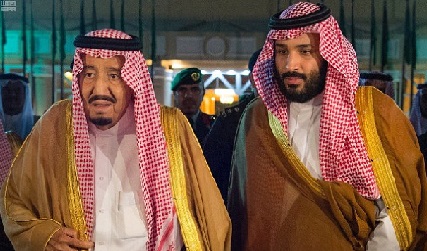 The King of Saudi Arabia plans to step down and announce his son as his successor next week, a source close to the country's royal family has exclusively told DailyMail.com.

The move is seen as the final step in 32-year-old Prince Mohammed bin Salman's power grab, which began earlier this month with the arrests of more than 40 princes and government ministers in a corruption probe.

The source said King Salman will continue only as a ceremonial figurehead, handing over official leadership of the country to his son - often referred to as MBS.

'Unless something dramatic happens, King Salman will announce the appointment of MBS as King of Saudi Arabia next week,' said the source.

'King Salman will play the role of the queen of England. He will only keep the title "Custodian of the Holy Shrines",' the source added.