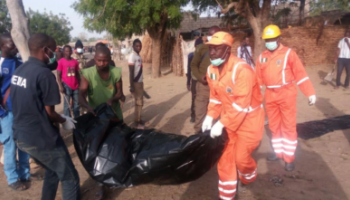 The Police Command in Borno State has confirmed fresh suicide attacks at the outskirt of Maiduguri that killed four suicide bombers and a teenage boy.

Four other persons were seriously injured in the attacks.

“Then at about 0650hrs, two other teenage female suicide bombers infiltrated Alakaramti village.

“One of them hurriedly detonated her IED vest killing herself, her partner and an innocent boy.

“While four others, including the mother of the innocent boy, sustained injuries.

“The corpses and the injured have been evacuated to University of Maiduguri teaching hospital”.

He said normalcy has been restored to the affected areas.