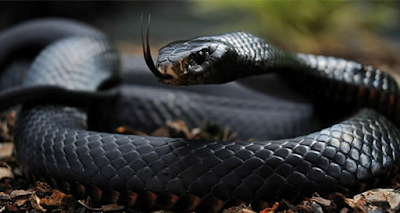 A 40-year-old native doctor and snake charmer, Isah Saidu, has been remanded in Katsina Prison, for allegedly causing the death of his 15-year-old son, Kamala Isah, through snakebite.

Saidu was said to have allowed the boy to play with a snake. The police, in the charge filed against Saidu before a Katsina State Senior Magistrate’s Court, said the father ‘indulged’ his boy by permitting him to hold a snake which bit him, resulting in his death.

The boy was said to have died at Malumfashi General Hospital where he was rushed to for treatment after being bitten by a snake.

Saidu is facing one count of culpable homicide contrary to Section 222(7) of the Penal Code Law.

Police prosecutor, Inspector Sani Ado, told the court that the case was still being investigated, and prayed for an adjournment.

The presiding magistrate, Hajiya Fadila Dikko, adjourned the case till December 19, 2017, for mention and directed that Saidu should be remanded in the prison custody.

The magistrate said Saidu’s case would be decided based on the legal advice to be issued by the Katsina State Ministry of Justice.