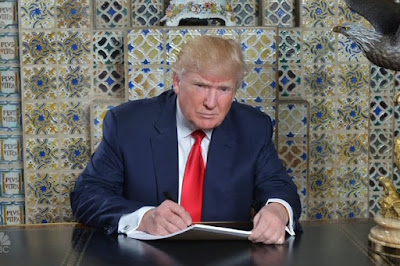 Donald Trump has announced the US is declaring North Korea a state sponsor of terror. The designation allows the United States to impose more sanctions and risks further inflaming ongoing tensions over Pyongyang's nuclear weapons and missile programs.

The president, who has traded personal insults with North Korean leader Kim Jong Un but has not ruled out talks, said the Treasury Department will announce additional sanctions against North Korea on Tuesday.

White House press secretary Sarah Sanders made the announcement on Twitter this evening, but the president has yet to comment further.

It comes as South Korea's spy agency claims Kim Jong-un could develop an intercontinental ballistic missile capable of reaching the US mainland this year.

North Korea's Punggye-ri complex appears ready for another detonation “at any time”, the agency said.