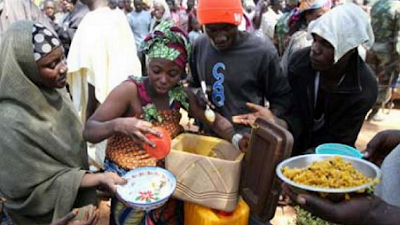 The German Government has donated about N260m to aid the fight against hunger in the North-East region of Nigeria ravaged by the insurgency.

The fund, aimed at benefitting 1,200 households, is to be spent in two local governments – Mubi in Adamawa State and Jere in Borno State.

Speaking on Friday during the distribution of cash to 800 households in Jakana, Jere Local Government Area of Borno State, Country Representative of Adventist Development and Relief Agency, Mr. Adeola Omosebi, noted that the assistance would be extended to other areas of Borno and Adamawa states, which were affected by the Boko Haram insurgency.

He said the present intervention, which started in August this year, would wind up in December, adding that a decision was taken recently to give N5, 010 to each member of the qualified households rather than food items.