27 Children Were Among The 305 Killed In Egypt Mosque Massacre 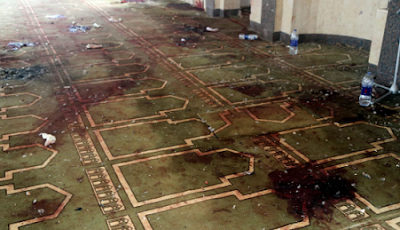 At least 27 children were among the 305 people killed during a terrorist rampage at a Sinai mosque on Friday, the Egyptian government said as it updated the grim toll of one of the bloodiest attacks since September 11th.

Egypt’s attorney general said that up to 30 gunmen had taken part in the slaughter and that they carried the black banners of the Islamic State of Iraq and the Levant (Isil) as they gunned down worshippers during Friday prayers.

Relatives of the victims told The Telegraph that some households in the village of Rawda had lost every single male member of their family. “There is no one in the village who didn’t lose at least one of his relatives,” said Mohammed Sleem, a university student who lost two cousins.

No group has claimed responsibility for the attack but suspicion has fallen heavily on Isil’s Egyptian affiliate, known as Sinai Province, which has carried out deadly attacks against Egyptian troops and Christians in the area.