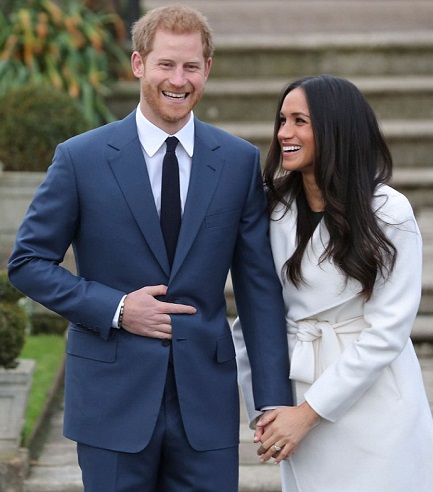 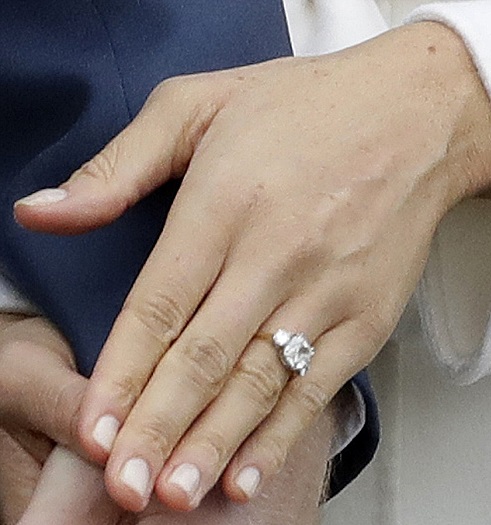 Prince Harry and Meghan Markle said today he is 'thrilled' to be marrying the Suits star and knew she was 'the one' from 'the first day we met' as they posed in his mother's favourite garden.

Meghan, 36, also showed the world her engagement ring designed by Harry himself containing two diamonds from Princess Diana's own personal collection set in a gold band.

The royal looked nervous but happy and his fiancee stroked his arm lovingly as they spoke to reporters, who asked him: 'When did you know she was the one?' and he replied: 'From the very first time we met'.

He refused to say how he proposed saying: 'That will come later' but when asked if it was romantic he said: 'Of course it was'.

The prince said he was 'thrilled, over the moon' adding: 'Very glad it's not raining as well.' Meghan said she was 'so happy' before they wandered back into Kensington Palace beaming.

Poignantly the royal chose their first photocall in the Sunken Garden at Kensington Palace, much loved by his late mother Diana.

Harry and his brother William had white roses planted there in her memory when the 20th anniversary of her death fell in August.

The couple will appear together on national TV in the UK for the first time this evening to discuss their engagement and whirlwind relationship of 16 months. 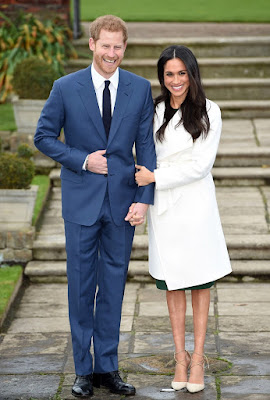 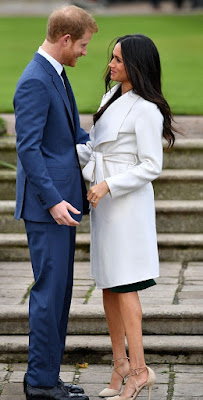 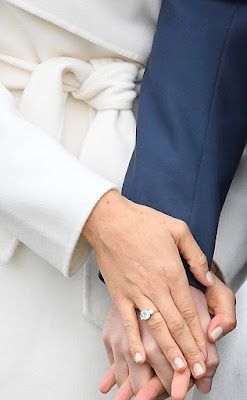