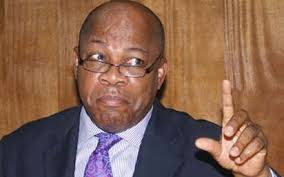 Prominent lawyer, Olisa Agbakoba (SAN), has said that it is now evident that the 2014 National Conference was tailored to suit the political interest of ex-President Goodluck Jonathan.

Agbakoba spoke while responding to questions from reporters at the unveiling of a new political group, which goes by the name “National Intervention Movement,” in Abuja, on Tuesday.

He was responding to a question as to how the “new movement which seeks to galvanise Nigerians towards building a national political consensus to rescue the nation from total collapse will be different from the 2014 confab which he took active part in.”

The legal practitioner, who was named as the leader of the NIM’s national steering committee, explained that his daughter had advised him against taking part in the 2014 conference but that he also had its doubts.

He said, “But I resolved that (conflict) with Pastor Tunde Bakare by rejecting the N12.5m allowance.

“It is now clear that the 2014 confab was meant to serve President Jonathan’s political interest.

“So, if we start from saying that Nigeria is a failing or failed state we have about 180 million people who do not take part in the political discuss.

“If we can get this political movement and get these people to make a political choice, that will be the difference.”

Also speaking at the event, a labour activist, Isa Aremu, explained that it was sad that Nigeria had suffered the misfortune of having individuals who cared less about the people they were supposed to be serving at the helm of affairs.

He recalled that the nation’s first labour strike during the colonial era was not about workers’ wages but about allowances.

According to him, it is now an irony that it will take an appeal by the President (Muhammadu Buhari) for state governors to pay workers their salaries.

Aremu said, “This is the right time for all compatriots to stand up for our nation and for those of us in organised labour to speak, we need to get political.

“There is a need for us to have a new set of governors who will regard constitutional provisions.”

Earlier, the Director General of the group who is also the convener of the Political Summit Group, Mr. Olawale Okuniyi, had said the group’s deliberations centered on Nigeria’s problem as a nation.

He said, “We deliberated on reviewing the problem of Nigeria which is more political than economic. We decided it is better to find a collective solution to the problem that we should initiate a national political movement.

“We decided to set up a National Intervention Movement we are to merge with all other formations to find this solution.”