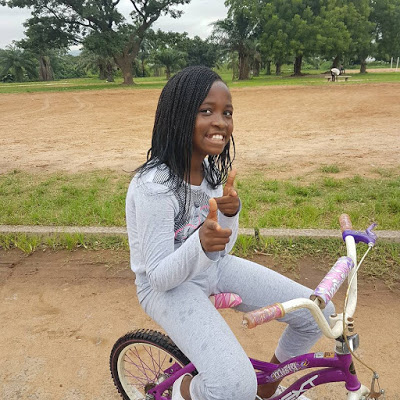 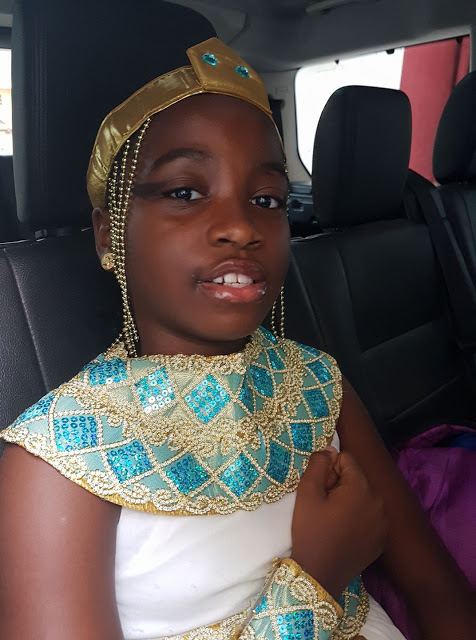 This is a very very sad story and makes you wonder, should parents really send their kids to hostels?. Some of us went to the hostel at about the same age and class and we enjoyed it. It made us stronger. But then, everything has changed.... things have gone really bad in every sector, even people that have no business being around a school are now employed to be around students. Just a saying, it might really not apply in this case. May the soul of Kamzie rest in peace. What her heartbroken mom wrote to seek justice for her after the cut...

According to eyewitnesses and letters students wrote to console my first daughter who was in the same school, my late daughter was severely sick, she kept crying and feeling home sick but was neglected. Two teachers were informed that she was sick by her seniors in school but they didn't inform the school authorities or call us so they didn't attend to her or take care of her, even the nurse that was on duty once chased her away that she wasn't sick but was pretending.

According to the students, all this happened on 5th and 6th of October. Then she visited again on Saturday 7th and she was given paracetamol and was sent back to the hostel.

On Monday 9th she reported again complaining of headache, they ran a test, and her test result came out negative according to what was reported. What type of test and with what instrument did they use to conduct the medical test? I can't explain the reason they result came out negative. They gave her antimalarial drug lonart despite the ‘negative’ result and we were still not contacted neither was our consent requested before administering the lonart. I don’t give her lonart and she has never been on admission or taken an infusion since birth.

I believe they didn't monitor her feeding or if she was taking enough water. On Tuesday 10th Oct at school refectory, her elder sister saw that her eyes couldn't close, and she asked her why she was crying, no definite response from her sick sister, no care from the school authorities, after their dinning everyone left, and she was alone lying on the table and defecated on herself. According to the nurse, when she was around to see the sick students she asked the security personnel to take her inside the hostel and bath her, it took them 1hour. When she came out, she couldn't walk anymore, she got to the sick bed assisted by students; the nurse gave her malt, glucose and water and then informed the principal.

The nurse and the principal took her to hospital at about 1pm according to the nurse. I saw missed calls at about 2:31pm and I picked at about 2:34pm on the same Tuesday, a voice spoke that my daughter was on admission and my question was what could have happened that my daughter is on admission? She narrated her story how she defecated on herself and had finished an infusion. The voice said my sick daughter gave them my number which I doubt because my husband number was 1st and mine 2nd in that order in the school data. I asked if my husband can come and take her because they have this bad attitude of keeping sick students without calling their parents and they said yes.

Immediately I called my husband and informed him, he drove off to school. I was not informed that she was at St Mary Catholic hospital Gwagwalada, Abuja. He arrived at the school at about 3.50pm and asked them to direct him to their school clinic to see his daughter only to be told she is in the hospital, then he was taken to the hospital, on arrival he saw the nurse with red eyes and my daughter lying on a stretcher lifeless. She slept in the Lord on her school uniform.

From 3 :50pm as my hubby saw my daughter lie on a stretcher he took his anointing oil from his car and starting pouring on her and praying,till I arrived with my leaders and women of God.We all prayed for over 4hours,i noticed the Rev sisters who were around were not moved by the scene. I didn't believe what I saw because I know the God I serve,the God of Abraham,and He has declared in our lives there shall be no loss. We prayed till we couldn’t pray, my daughter was gone forever. It was then I got the revelation that my daughter was neglected by the school and mismanage by the hospital they took her to.

Some students of Louis Ville girls’ secondary school gwagwalada also narrated that my daughter’s eyes were already white and not closing as at the time she was carried into the principal’s car to the hospital. Had it been we were informed that she was in the hospital, my husband would have met her alive, his voice would have made a big difference and reawakened her failing spirit, but we her parents were in the dark while my daughter suffered for more than a week having no affection, depressed due to negligence, no food, water, and administering antimalarial drugs on an empty stomach. What a wicked world.

It’s so pathetic to know she was in class on that Tuesday, 10th Oct 2017. It's so hurtful because her elder sister told me on that Monday after she took the antimalarial drug, that she couldn't continue in class and she went to hostel all alone, my questions are; where was her class teacher? What about her house mother? Who opened the hostel for her? Was she alone till other students returned? Did she eat that day before taking the antimalarial drugs? What about the refectory prefect? Didn’t she notice someone was not eating her food on the table? Why didn't they call me all these while or even on Monday 9th October 2017 before she passed on 10th October?

Didn’t the school authorities know that they needed to consult with her parents before administering any medication? Or were they still thinking that she was pretending all these while were as my daughter’s condition was deteriorating. So many questions begging for answers.

The hospital report showed that she gave up the ghost at 3:30pm. The time they brought her to hospital was not mentioned. What a wicked world with incompetent and wicked Rev. Sisters. The autopsy report shows that she had cerebral malaria and edema as a result of delayed treatment, dehydration, and no food found in her stomach.

I can’t turn back the hands of time, neither can I bring back my daughter back to life, but the only one thing I can do is to seek justice for her and to stop such carelessness from ever happening to other students at Louis Ville girls’ secondary school Gwagwalada, Abuja or any of the Catholic boarding schools / boarding schools in Nigeria. Her older sister has been withdrawn from the school to save her the trauma.

It was her first term in secondary school. She left home for the first time and never returned to us. She was a very smart girl, committed to God and the church. Her dream was to be a Lawyer. Kamzie was 9 years and 10 months old.

Help us get justice. 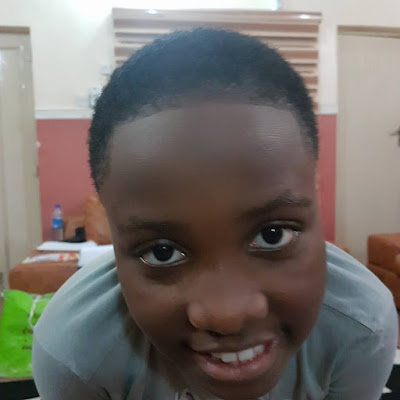 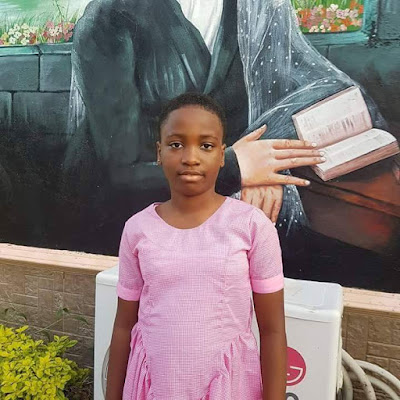