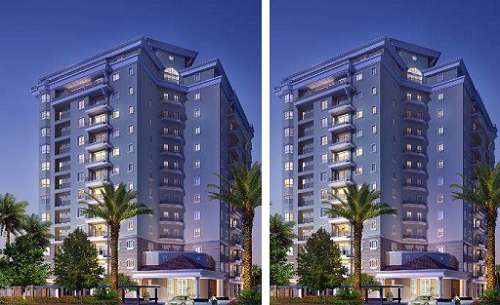 Union Bank of Nigeria Plc has claimed ownership of Flat 7B in Osborne Towers, Ikoyi, where huge cash was found earlier this year.

In its pending application, the bank is praying the Federal High Court in Lagos to vacate an interim order forfeiting the flat to the federal government.

The Economic and Financial Crimes Commission (EFCC) had accused a former Director-General of the National Intelligence Agency (NIA), Ayodele Oke, of fraudulently converting the agency’s funds.

It alleged that Oke’s wife, Folasade, used part of the funds to buy the flat.

The court, on November 9, ordered the flat’s temporary forfeiture to the federal government.

Justice Saliu Saidu ruled that it would be permanently forfeited if no one turned up to justify ownership within 14 days.

In a supporting affidavit, the bank said the flat was part of 16, Osborne Road, Ikoyi, belonging to the former National Chairman of the Peoples Democratic Party (PDP), Alhaji Adamu Mu’azu.

It said the property was covered by a Certificate of Occupancy dated September 27, 2009 and registered as 97/97/2009 in the Lands Registry Office, Alausa, Ikeja, Lagos.

According to the bank, Alhaji Mu’azu mortgaged the property to it by virtue of Tripartite Deed of Legal Mortgage dated November 1, 2011.

Union Bank said the property was a security for a loan granted to Tripple A Properties & Investment Limited.

The bank further claimed that the property’s original titled deed had been vested in it (the bank).

Besides, it said the loan was yet to be liquidated despite its tenor expiring.

The bank claimed it sold the property to Chobe Ventures Limited to liquidate the loan.

EFCC, in its counter affidavit, argued that the bank lacks the locus standi to challenge the forfeiture.