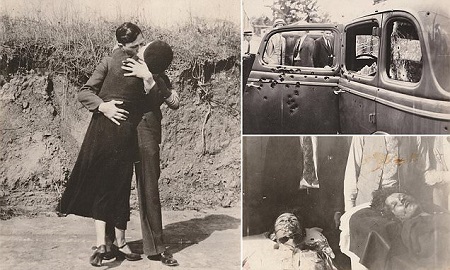 A new picture of an affectionate embrace between Bonnie and Clyde has emerged showing the murderers shortly before they met their gruesome end.

Bonnie Parker and Clyde Barrow met in Texas in 1930 and are believed to have committed 13 murders and several robberies and burglaries by the time they died.

The duo became infamous as they traveled across America's Midwest and South, holding up banks and stores with other gang members.

And a never-before-developed photograph has emerged showing them kissing in Missouri shortly before they were brutally gunned down in an ambush.

The picture of the gangsters' embrace was taken in Joplin shortly before their pursuers got wind of their whereabouts and they had to flee quickly. 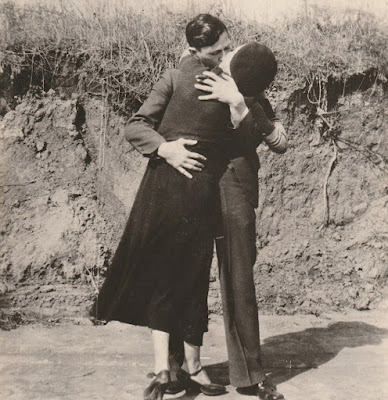