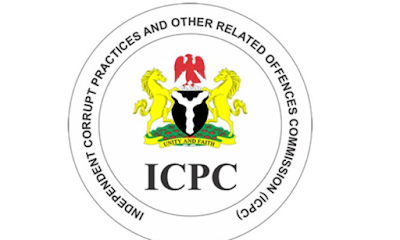 The Independent Corrupt Practices and other related offences Commission has commenced a probe into the 24,325 government properties that were sold to government officials under the monetisation policy of former President Olusegun Obasanjo.

Also, the anti-graft agency has arrested a retired Appeal Court judge, Justice Mohammed Tsamiya, for allegedly demanding a N200m bribe in exchange for a favourable judgment in a National Assembly election case that was pending before the Imo State Judicial Division of the Court of Appeal.

The ICPC said in a statement by its spokesperson, Mrs. Rasheedat Okoduwa, that many, who bought government properties, had yet to make full payment while some others were secretly renting the properties to private citizens.

The anti-graft agency said most of the culprits were in the Office of the Head of Civil Service of the Federation and the Federal Housing Authority.

The statement read in part, “In recent times, the ICPC has been inundated with petitions from patriotic Nigerians, drawing the attention of the commission to allegations of widespread abuse of the policy by beneficiaries and some government workers.

“The commission, while acting on the petitions, discovered through preliminary investigation that a number of civil servants in the OHCSF, who benefited from the policy had not paid for the houses since 2005. While some had completely defaulted, others owe the government a sizeable amount of the money.

“The investigation further revealed that 32,305 houses were captured by the committee on the sale of government properties while 24,345 were eventually sold to beneficiaries.

“However, civil servants in some government agencies, notably OHSCF and the Federal Housing Authority, have allegedly turned the policy into a shoddy business with the aim of defrauding the Federal Government.”

The ICPC said it also found out that some public servants and government agencies were concealing government properties and collecting rent on same without the consent of the Federal Government. This, the agency noted, flouted the intent of the policy that primarily focuses on divesting government’s interest from providing housing for its employees.

The commission said an employee of the OHSCF allocated some of the houses to undeserving beneficiaries who were not public servants at the time of the exercise and some of the properties had yet to be allocated.

It added, “The investigation has so far yielded fruitful result with the recovery of N18, 031,000 from some civil servants and a host of companies including Montgomery & Campbell Ltd. and SICCONS, which has been paid into the coffers of the government.”

The ICPC vowed that anyone found to have contravened the law would be prosecuted upon conclusion of the investigation.

Meanwhile, the commission says it has arrested a retired Justice of the Court of Appeal, Justice Mohammed Tsamiya, for allegedly demanding N200m bribe from one Mr. Nnamdi Orji, in exchange for a favourable judgment in a National Assembly election case that was pending before the Imo State Judicial Division of the Court of Appeal.

The ICPC said the offence, which violates Section 10 of the Corrupt Practices and Other Related Offences Act, 2000, was alleged to have been committed in 2015, when the retired Justice asked Orji, who was the candidate of the All Progressive Grand Alliance for the Arochukwu/Ohafia Federal Constituency, to give him N200m to enable him to influence the court’s decision in his favour.

Orji had approached the Court of Appeal, Imo State Division, to seek redress in a case involving an alleged inflation of the result of election in the Arochukwu Local Government Area of Abia State, which he had earlier lost to his opponent, Mr. Nkole Ndukwe, at the National Assembly Election Petition Tribunal.

The retired judge was alleged to have assured the appellant of getting a favourable judgment from the court upon the payment of the money.

“Justice Tsamiya has since been granted bail by the commission upon the fulfilment of his bail conditions even as investigation continues,” the ICPC added.