According to reports, a commercial driver has allegedly been shot dead by policemen in Ekiti. Reports say the commercial driver was moving along Ayegbaju-Ifaki road with passengers in his bus when they met a road block. The policemen allegedly demanded N50 bribe from him, but he refused and drove on. They were said to have ran after the bus and fired some shots. One of the bullets hit the driver and he lost control of the bus. He died on the spot, while the bus somersaulted several times, leaving many passengers injured. Below are graphic photos of the late driver. 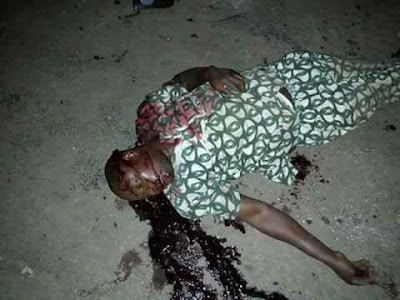 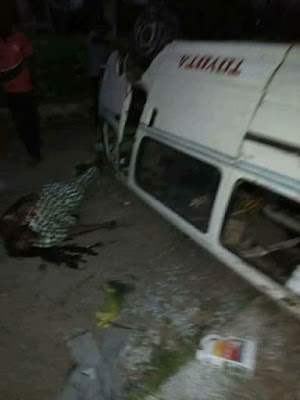