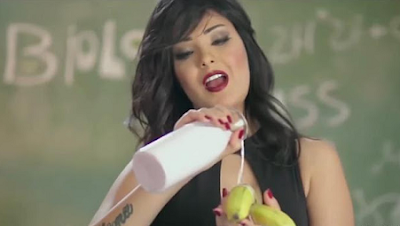 An Egyptian court has jailed a singer for two years for inciting debauchery, judicial sources said, after she appeared in a music video in her underwear and suggestively eating a banana.

Shyma’s song, titled “I have issues”, sparked controversy on social media in the conservative country.

The director of the video was also fined and sentenced to two years in prison, but in absentia. Both defendants were accused of inciting debauchery and producing a video harming public morality.

Shyma, whose real name is Shaimaa Ahmed, was arrested on Nov. 18 before being referred to the prosecution for investigation. She denied the accusations, saying the director included the controversial scenes without her consent.

Tens of young Egyptians were arrested in September for attending a concert in Cairo where a rainbow flag was raised. They were also accused of debauchery, harming public morality and other accusations.