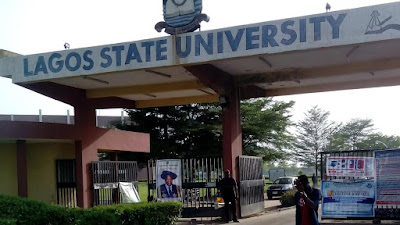 The prosecutor Inspector Chinalu Uwadione told the court that the defendants committed the alleged offences between January 2011 and September 2017, at the Lagos State University LASU, Ojo Lagos.

He said that the trio and others still at large conspired among themselves and intentionally performed an act in violation of the rules and regulations of LASU, in the discharge of their duties, for the purpose of obtaining undue advantage to themselves.

Uwadione said that Rajo and Ajose presented a false West African Examination Certificate (WAEC), to the Lagos State University Authority to gain employment, which they knew to be false.

He also alleged that Ajose obtained the sum of N20,000, from one Kingsley Azubike, under false pretence that he would help him to remove his fake O Level WAEC Certificate, he used to gain employment into Lagos State University, a representation he knew to be false.

The prosecutor said “ Mubin Rajo forged West African Examination Certificate (WAEC) O Level result and submitted same which gave him employment into the Lagos State University in year 2011, with intent that it may be used or acted as genuine to the prejudice”.

“Bankole Odofin received monies from students of the Lagos State University to alter their results and also upgrade marks for them “ He said.