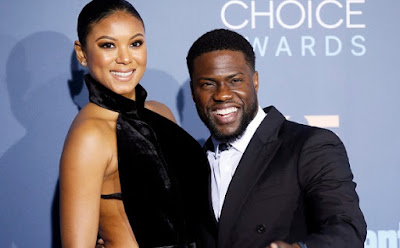 Kevin Hart had admitted cheating on his then-pregnant wife in a candid new interview. The Jumanji: Welcome to the Jungle actor sparked infidelity rumours a few months ago when he shared a video telling fans about an alleged extortion attempt over a "sexually provocative" video with another woman.

While never confirming he cheated, the video also included a grovelling apology to wife Eniko Parrish.

Addressing the scandal that shocked his fans, he told the Power 105.1 FM show The Breakfast Club on Thursday: “I’m guilty, regardless of how it happened and what was involved, the s**t that I can’t talk about, I’m guilty. I’m wrong.

“It’s beyond irresponsible. There’s no way around it. That’s Kevin Hart in his dumbest moment. That’s not the finest hour of my life. With that being said, you make your bed you lay in it.”

Hart, who welcomed son Kenzo Kash three weeks ago, said he eventually confessed to wife Eniko and hoped that she could forgive him.

"And I’m hoping that she has a heart to where she can forgive me and understand that this is not going to be a reoccurring thing and allow me to recover from my f**king massive mistake.

"That’s what I’m trying to do not only as a man, but within teaching a lesson to my son.”