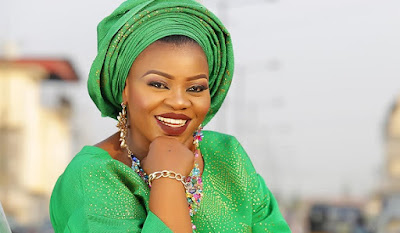 Popular Yoruba actress of Omo Ghetto fame, Bimbo Thomas, hardly gets angry over any issue under the sun but the ugly side of the mother of one comes to fore when questions are raised concerning her personality, which she says she can never compromise.

The voluptuous ebony beauty didn’t find it funny when she was asked to confirm the allegation that many actresses prostitute to back up their acting careers.

“When people say things like that, I feel it’s their opinion, which they have a right to. I have a lot of guys as friends and I know that they like actresses, maybe because they can boast with it that they’re dating famous people.

There are many girls out there who can do whatever they like without public scrutiny, but it’s not so for actresses.

But why would someone who is famous be prostituting when the attention of the whole world is on you? It doesn’t make sense. Being famous deprives one of doing certain things.

If anyone calls me with a strange number and starts saying funny things like I like you, or I have so and so uncle I want you to meet, I just block the person’s line straight away. I’m not cut out for things like that. It takes a lot of effort for any member of the opposite sex to be my friend. For whoever is hiding under this umbrella to tarnish other people’s image, I think they should be checked,” she said.