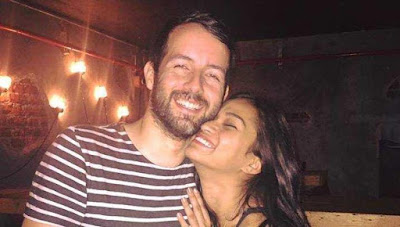 An Indian woman’s visa application was rejected by authorities in the United Kingdom because her English-language proficiency is much higher than what is required by the immigration department, she claimed in a Facebook post.

Alexandria Rintoul, who is originally from Shillong, Meghalaya, passed an advanced version of the International English Language Testing System (IELTS), but the visa requirement is for a much easier exam.

“Some applicants for visas to settle in the UK need to pass an English language test at an approved centre that is specified in the immigration rules,” a Home Office spokeswoman told the BBC.

“Mrs Rintoul failed to do this and also failed to submit the necessary supporting evidence for her application. It is open to her to reapply under the Priority Visa Service,” the spokeswoman said.

Her application was denied on these grounds and she was asked to pass requisite English exam. “As evidence of this, you have provided your IELTS certificate. However, it is noted that this certificate is not an IELTS certificate acceptable for UKV,” said the rejection letter sent by the immigration department.

In her post, Rintoul said the immigration department also shared their doubts over her English as she was coming from a country which is not listed in the majority English-speaking countries.

She was set to join her husband Bobby Rintoul, a Scottish national, for Christmas.  “The UK government should at least give a partner, dependent or spouse visa a chance to avoid getting refused. And they should be very, very (politically) careful about what they say on the letter.

Rintoul, who studied Communicative English and media at Mount Carmel College in Bangalore, married the Scottish national on May 2.

“My husband and I met at Shiros in UB city when he was working on oil rigs in Chennai at that time and I was still in college. We fell in love deeply and now we’re trying to live our little dream of having our family together.”

Rintoul, who is pregnant with her first child, has been asked to apply for the visa again.

“I am reapplying right now with the help of a Scottish member of Parliament,Steven P Gethins, who also wrote a cover letter to aid our application and all my husband’s friends and family are supporting us,” she said.

However, the whole incident has turned out to be a costly affair for the couple. Each visa document cost 2,000 British pounds, she said.

“I had to apply again. I have a house there. If I knew this was going to happen we would have bought a house here in India, but my husband has a job and is well settled. I just graduated and (I am) working my way up to be a good writer; I can do that from anywhere.”

Rintoul is currently staying in a hotel in Bengaluru. “I recently flew to Chennai for my life skills test for the visa. The one in Kolkata got cancelled, so a lot of money went out for a trip for us this year,” she said.