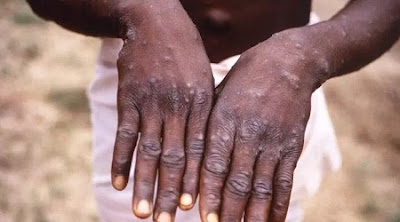 Fourteen weeks after the first suspected monkeypox case in the country, the Nigeria Centre for Disease Control, NCDC, has reported the first death from the disease. The agency also announced 61 confirmed cases.

According to the situation report for monkeypox outbreak released by the health agency for the epidemiological week 49, on Wednesday, the dead patient was a confirmed case with background immune-compromised condition.

The health agency however said it has deactivated the monkeypox Emergency Operations Centre, EOC, this week. Response to the disease will henceforth be coordinated by ”a technical working group” comprising of all existing response partners.

It added that there has been a decline in the number of new suspected cases reported over the last five weeks.

Since the onset of the outbreak, a total of 172 cases (suspected, confirmed and probable) have been recorded from 22 States and the Federal Capital Territory (FCT). Five +additional cases and two probable cases have been recorded since the last update, bringing the total confirmed cases to 61 in 14 states.