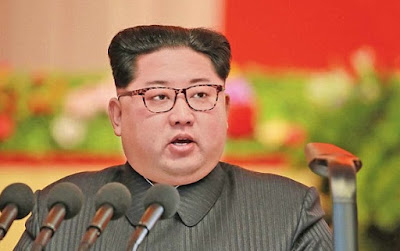 The unnamed executive allegedly took responsibility for setbacks at the Punggye-ri nuclear base which led to the date of a rocket launch being pushed back.

Five days ago, a high ranking official once described as the 'second most powerful man in North Korea' disappeared from public life, sparking speculation he may have been executed by death squads.

It is understood the most recent victim was the director of Bureau 131 - a man in charge of the building and running of the nuclear base.

Reports in the Japanese paper Asahi Shimbun suggest the director has been at the helm since it was formed.

The suspected execution was handed down over a delay to Pyongyang's sixth missile test and the subsequent collapse of tunnels which killed 200 workers.

A source told the paper: 'It seems he took the blame as the prolonged mining of the nuclear facility pushed back the test date to September when it was initially set for spring.'