I Am Under Pressure To Remarry Four Years After My Wife’s Death — Fuji Star, Sefiu Alao 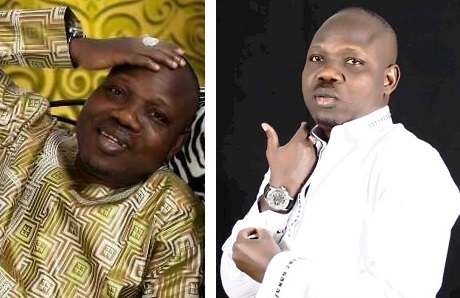 If recent development is anything to go by, Fuji music star, Alhaji (Dr.) Sefiu Alao Adekunle may be taking a new wife sometime soon.

The Abeokuta, Ogun State based talented artiste who lost his pretty wife, Nimotallahi, 4 years ago, has told Potpourri that he is currently under a mild pressure from his own children, family members and indeed, in-laws to remarry. And he added that he is giving the demand from his people a serious consideration.

According to the highly respected musician within and beyond the Fuji music fiefdom who lost his better half on 7th October, 2013, he never planned to bring another woman under his roof personally, but some prevailing situations surrounding him are pointing towards that direction.

“Apart from the other women who bore children for me before I got married to my late wife in 1986, it has never been in my plan to have more than a woman as my own,” he asserted.

However, he continued that, “But now that the woman I chose to marry is late and my home is seriously feeling the absence of a woman who can always take care of the home front since I’m always away due to the nature of my job, and the demand from people around me, I’m giving remarrying a serious consideration.”

He disclosed further that his children most of whom now live abroad, have encouraged him to look for another woman of his choice to bring home to live with him, and his family members are also echoing the same.

And interestingly, he added that the family members of his late wife have also told him that he had mourned their daughter long enough and should move on with his life with any other woman he wants.

And when the question was posed to him if there is already a “lucky” woman waiting in the wings, he said: “there is no woman yet, though there are so many beautiful women out there that I meet every day but most of them are not ready to live with any man as a wife. But when I finally find one of my type, I will not hesitate to take her home as soon as possible.”