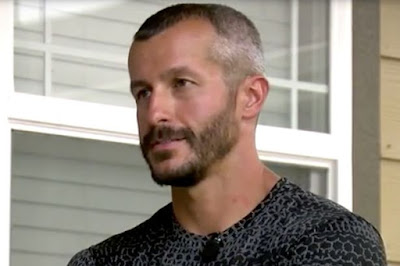 Family killer Chris Watts did everything he could do to try to throw police off his trail but he gave himself away at every turn, a new documentary reveals.

The "psychopath", 34, strangled his pregnant wife Shanann at home and then smothered his two daughters, Bella, four, and Celeste, three, in the back of his truck and then claimed they had vanished.

In the hours and days afterwards the cold-blooded killer showed no signs of panic, lacked emotion in a TV interview where he begged for their safe return, and gave useless information and rambling statements to police.

It didn't take long for detectives to figure out that he was lying - and it was his body language and a few subtle clues that gave him away as a triple murderer.

Watts initially denied murdering his family but eventually confessed and led police to the oil site where he buried Shanann - who planned to name her unborn son Nico - in a shallow grave and stuffed his girls' bodies into tanks.

A new Reelz documentary, Capturing Chris Watts, takes viewers inside the investigation and focuses on his actions between the murders and his confession.

When Watts arrived home from work hours after the killings he was met by police officers, whose bodycam footage shows him running towards them with “no stress or pain or suffering” on his face, said body language expert Susan Constantine.

The dad enters his home, in the US city of Frederick, Colorado, for a minute before opening the door to police and Nickole Atkinson, the friend who reported Shanann, 34, missing.

Watts then walks away and doesn't appear to be engaged or concerned.

Ms Constantine, author of The Complete Idiot’s Guide to Reading Body Language, said: “It means that he is separating himself from what is being spoken at that time.

"He’s wanting to deflect. So, anytime he wants to walk away, he’ll turn his back or he’ll busy himself with the cellphone.”

Watts then tells the officers his wife had been taking migraine medication.

Murder prosecutor Jarrett Ferentino tells the documentary: "These are things that he just seems to be filling the air with some biographical information, but he’s still not panicking.

"His daughters are missing and Shanann is missing and he’s just providing with some, in my opinion, useless information that goes nowhere."

During continued questioning by police, Watts appears nervous as he begins to pace back and forth, admits he was having marital problems and claims he and Shanann were going to split up.

Mr Ferentino said Watts brought suspicion onto himself by “not acting in any way consistent with that part of a concerned husband", adding: “Now you may have a motive and that changes the focus again onto Chris Watts."

When Watts killed his family he having an affair, deeply unhappy in his marriage, in serious financial difficulty and opposed to having a third child, it would later emerge.

One of the biggest tells came later when Watts and police went to neighbour Nate Trinastich's home to watch CCTV which didn't show Shanann - who was 15 months pregnant - or the children leaving the home.

Instead, it showed Watts backing his truck into his garage at 5.15am, loading items and then driving off.

As the footage is shown, Watts turns away, begins moving back and forth and holds his hands on top of his head.

He looks nothing like a concerned husband and father.

Ms Constantine said: “He’s afraid to look at it because of what it might reveal, so part of it is that deflection, right? So, 'What I don’t know, maybe I don’t need to know'."

The next day, Watts gave a bizarre interview to a local TV station in which he pleaded for their safe return but showed no emotion at all.

Ms Constantine said: “He doesn’t do that because he’s not feeling anything.

"You have to understand that he is a sociopath, psychopath, narcissistic personality, so he doesn’t feel emotion like other people, so he can’t even fake it.

"It’s so far from his own DNA, he can’t even force it to happen.”

By then Watts was already the prime suspect and he would be brought in for a lie detector test, which he would fail.

After the test, Watts told his dad, Ronnie Watts, in an interview room that he killed Shanann, but claimed he caught her smothering the children.

That lie unravelled and Watts later admitted to killing his family so he could avoid a possible death sentence. 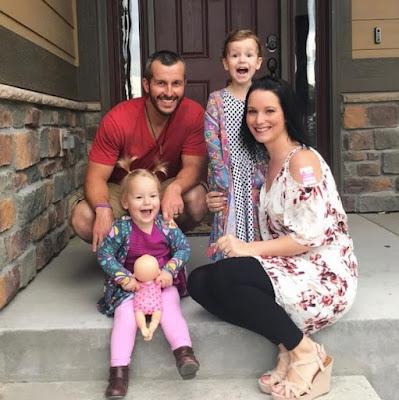