After over two years in Boko Haram captivity, this teenager fears her baby belongs to Nigeria’s most wanted terrorist, Abubakar Shekau, who r***d her and many other girls…. 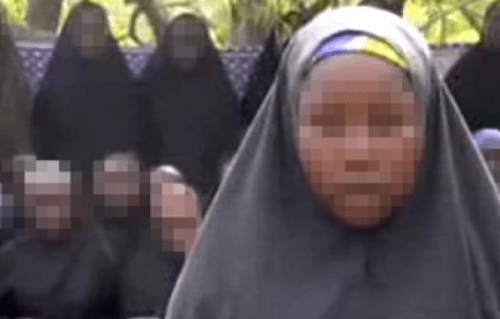 At 17, Aisha Usman (not real name) was abducted from her village in Kodunga town, Borno state, by Boko Haram insurgents who forced her to watch as her parents were murdered.

During her 27-month-long captivity, she was r***d – one of her rapists is the dreaded Boko Haram leader Abubakar Shekau. She escaped will a bullet in her leg after the Nigerian Army attack their camp.

But she now has a baby which she fears is Shekau’s!

In an exclusive interview, Aisha told IQ4News’ Prince Dickson that, during her captivity, she and many other girls were r***d by top leaders of the Boko Haram sect who visited the camp where they were being held.

Aisha was r***d by the notorious Shekau on one of such visits.

“I may be carrying Abubakar Shekau’s baby” 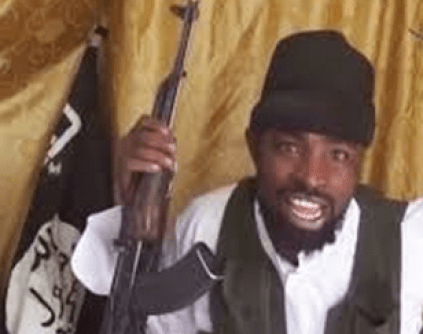 “He is a softly spoken man – it is almost as if he whispers, if you are meeting him for the first time, you would never be scared of him.

“But I soon learned that after every whisper something dangerous would happen somewhere in Nigeria,” she said.

Many others like her have birthed babies for Nigeria’s most wanted criminal.

“Abu has many kids from many different women,” she added.

The teenager claimed that Shekau tried to turn her into a terrorist.

“He once asked me if I was willing to fight for the cause, to which I answered no, he told me I could be a fighter and a domestic slave.”

But the terrorists found another way of using the women, especially as bait and decoys before attacks.

“We acted as decoy when villages are ambushed.

“I’d be sent in to talk to people, then they’d move in behind me and start killing.”

Against their will, the girls became part of a war they are victims of.

“Some of us girls would also have to carry guns, and often bombs too, there was this girl, she was forced to carry a rocket-propelled grenade launcher on her shoulder, then we had few men in that particular camp.”

Back home, Meenah was given a cold welcome by her only surviving guardia, an uncle.

“My uncle will not have me because he is ashamed of my child whose paternity is not only questionable but is dangerous if it is Shekau,” she says.

With almost 300 young Nigerian girls in the hands of this same Shekau, it will not be wrong to say many more Aishas are in the making.

Shekau has in one of his videos threatened to sell the girls, while also claiming to have converted the Christians among them to Islam.

There is therefore need for urgent action, especially on the part of the government