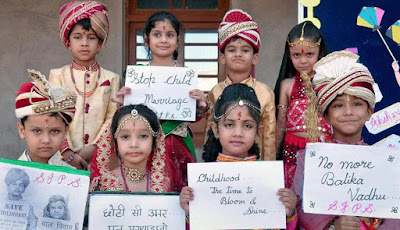 Rights groups have welcomed the Indonesian parliament’s decision to raise the marriage age for girls from 16 to 19 as a victory in the fight to end rampant child marriages.

The House of Representatives on Monday passed revisions to the country’s 1974 marriage law, increasing the marriageable age for women to 19. The marriage age for men remained unchanged at 19, the News Agency of Nigeria reports.

“We are grateful. Even though we had wanted it raised to 21, at least 19 is no longer a minor,” said Budi Wahyuni, Deputy Chair of the National Commission on Violence against Women.

“It’s a compromise because we know there are still some people who are opposed [to the change],” she said.

The United Nations children’s agency (UNICEF), said Indonesia had the eighth-highest absolute number of child brides in the world, at almost 1.5 million, with 14 percent of girls in the country marrying before the age of 18.

A previous attempt by activists to have the law changed failed when the Constitutional Court rejected in 2015 a petition to raise the marriage age for girls.

But in a surprise ruling in December, a different set of judges at the court ordered the parliament to revise the law in response to a petition filed by former child brides.