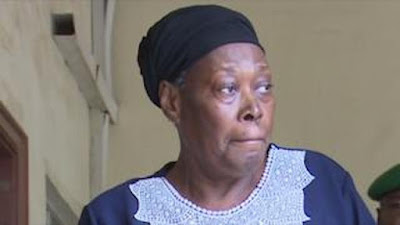 Mrs. Grace Taiga, a female accomplice in the mega fraud, involving Process and Industrial Developments (P&ID) was remanded in Suleja Prison on Friday, on the orders of Justice O.A. Adeniyi of the Federal Capital Territory High Court, sitting in Apo, Abuja.

She is being prosecuted by the Economic and Financial Crimes Commission, EFCC.

Mrs.Taiga, a former director, Legal Services in the Ministry of Petroleum Resources was a key actor in the fraudulent Gas Supply and Processing Agreement (GSPA) between the federal government and P&ID. She is alleged to have used her position to administer undue favours to the company.

She was arraigned on an eight-count amended charges, bordering on accepting bribes and other related crimes.

The accused pleaded not guilty to the charge.

In view of her plea, prosecution counsel, Bala Sanga prayed the court for a trial date and for the defendant to be remanded in prison custody.

The prosecution counsel objected to the prayer and urged the court to discountenance the defendant’s claim of health challenges as there was no evidence or proof to it. He also objected to the prayer for the defendant to be remanded in EFCC’s custody, arguing that the matter was now in court and that the Commission’s detention facility was congested.

Justice Adeniyi adjourned the matter till September 25, 2019 for trial and remanded the defendant in the Suleja Prison.

Two directors of P&ID: Muhammed Kuchazi and Adamu Usman were on Thursday, September 19, 2019 convicted by a Federal High Court, Abuja, after they pleaded guilty to 11-count charge that bordered on obtaining by false pretence; dealing in petroleum products without appropriate license; tax evasion, money laundering and failure to register P&ID with EFCC’s Special Control Unit against Money Laundering (SCUML) as required by law.

The trial judge, Justice I.E. Ekwo also ordered a liquidation of the fraudulent company, while all of its assets are to be forfeited to the federal government.