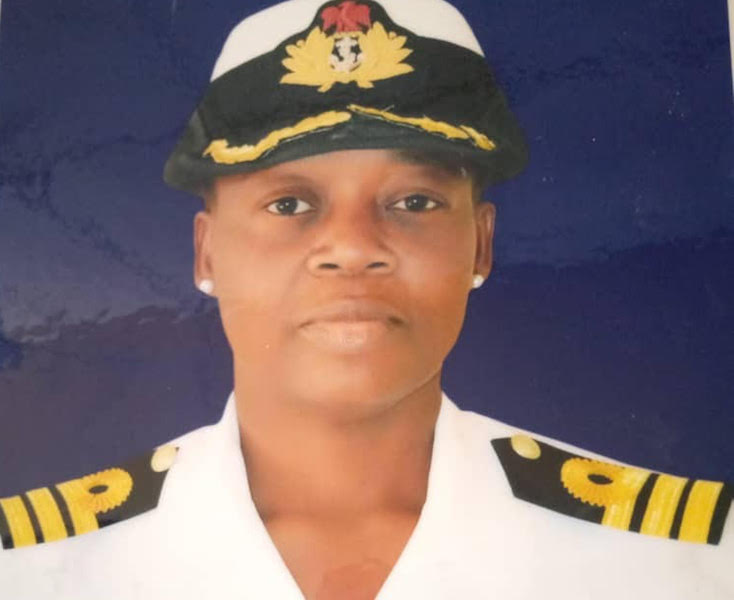 The decomposing body of the Commandant of Command Secondary School of the Armed Forces Command and Staff College (AFCSC), Jaji, Kaduna, Navy Commander Oluwayemisi Ogundana, with service number NN/ 2367, was found on Sunday in a shallow well.

Thisday can exclusively report that her body was found and recovered at about 12.45pm, in Agwanloyo by the railway, inside an abandoned shallow well near Deeper Life Bible Church in Jaji Cantonment.

Already, two suspects have been arrested. The suspects are Mr Bernard Simon, a teacher at the Command Secondary School, Jaji and his alleged accomplice, Mr Ibrahlm Maman.

Although the military authorities are yet to fully unravel the circumstances surrounding her death, a senior personnel who spoke to Thisday on condition of anonymity, said they were keeping the two suspects in custody for further investigation.

According to the situation report from the AFCSC Jaji, the deceased was confirmed missing after military personnel broke into her apartment and found her phone ringing and her whereabouts unknown.

The deceased, who resided at AVM Crescent, House 22, was last seen on Friday, September 13, at the secondary school within the cantonment.

The incident was thereafter reported to the authorities when her cell phone was ringing repeatedly and she did not pick her calls.

The military authorities had to forcibly break into her room and the said phone was found ringing inside the sitting room.

Fears were heightened when her vehicle, a metallic gray Toyota Highlander with registration number AAA 434 CF (Lagos) was also missing.

The deceased was married with three kids, who are in their Lagos residence with their father.