Doctor Performs An Abortion On The WRONG Woman 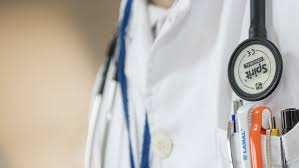 A doctor in South Korea performed an abortion on the wrong woman after they confused her with someone else.

The unidentified woman was six weeks pregnant when she went to the clinic to receive what is believed to be nutritional supplements.

But both the doctor and a nurse - neither of whom have been identified - failed to check who she was, giving her anaesthetic before carrying out the abortion.

Police announced yesterday they have launched an investigation into the blunder, which happened on August 7.

The clinic, which hasn't been named, is based in Gangseo, a district in the country's capital Seoul.

According to Yonhap News Agency, the Vietnamese woman had been told she was pregnant the day of the incident.

She was then prescribed a nutritional injection which she was told to receive in the delivery room of the clinic.

But after an apparent mix-up of patient records, the nurse then allegedly injected the woman with anaesthesia without confirming her identity.

The doctor then performed the abortion, while the patient remained unaware. It is not clear what the method of abortion was, but it is thought it was surgical because the woman was given anaesthetic.

The next day, the woman reportedly returned to the hospital after experiencing bloody discharge, at which point it was revealed her unborn child had been aborted.

The Gangseo Police Station said Monday the doctor and a nurse are under investigation on suspicion of professional negligence resulting in injury.

They said: 'The doctor and nurse have acknowledged their fault.'

Abortion is illegal in South Korea under current laws.