Boy, 8, 'ends His Own Life' In Horror Plunge After Years Of Being 'beaten By His Parents' 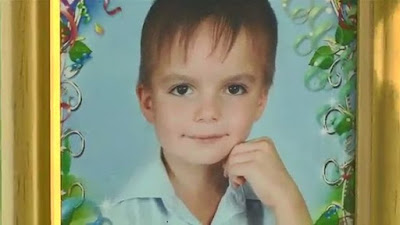 An eight-year-old boy jumped from a ninth-floor apartment to end his life after enduring years of domestic violence from his parents, police say.

It is alleged the boy, named only as Anton, was regularly beaten by his parents and he became overwhelmed.

The youngster was found dead on the road last month in what police say was a suicide. His parents had shouted at him that day for damaging clothes, reports claim.

Zhanna, a witness in Enerhodar, Ukraine, said: "The parents yelled at the boy for ripping his clothes. I also heard them beating him.

"Then everything went quiet and I heard the child’s quick footsteps.

"Several seconds passed and there was that horrific thud when a body hits the ground.

"I looked out of my kitchen window and saw the boy lying below. I called an ambulance and the police."

Another neighbour said: "I saw the family going upstairs to their flat. Ten minutes later the boy was lying on the ground as his parents were racing downstairs in the street."

Paramedics dashed to the scene but were unable to save Anton.

Police have now launched a criminal case on failure to fulfil parental duties against the victim’s parents.