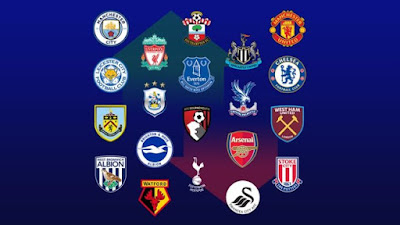 Premier League clubs are set to lose £177m in match-day income with the season likely to finish behind closed doors this summer.

With just under a quarter of the campaign remaining, each of the plans being discussed by top-flight bosses are based on finishing the season with no fans in attendance.

This would leave clubs needing to refund fans with tickets and corporate clients in hospitality seating.

Premier League sides were projecting a combined £708m in match-day revenue this campaign, but with most clubs still having to play nine games, a quarter of this sum could be lost, according to the Daily Mail.

It is understood that refunding season ticket holders will cost £101m, while a further £76m will be lost as corporate clients are reimbursed and clubs miss out on other sources of match-day income.

Teams are exploring ways of lessening the financial impact of playing games behind closed doors.

The damage could be limited in the short-term by offering discounts on season tickets for next season based on the games missed this campaign.

However, the ticketing process has already been thrown into disarray by the coronavirus pandemic and 17 out of 20 Premier League clubs have suspended season ticket renewal.

Manchester United are expected to lose the most by games being played behind closed doors, though they have the financial backing to survive this eventuality.

The Red Devils pocketed £110m in match-day income last season, meaning they could lose over £25m if their final nine league games are played without fans in attendance.

Meanwhile, Arsenal, Tottenham Hotspur and Liverpool will miss out on £20m after making over £80m in ticket and hospitality sales in the 2018-19 campaign.

At the other end of the scale, clubs such as Bournemouth, Burnley and Watford are far more reliant on television money than match-day revenue and should be able to continue operating if their remaining matches are played - even if this happens behind closed doors.

These clubs made less than £10m each in ticket sales last season but received over £100m in television money.