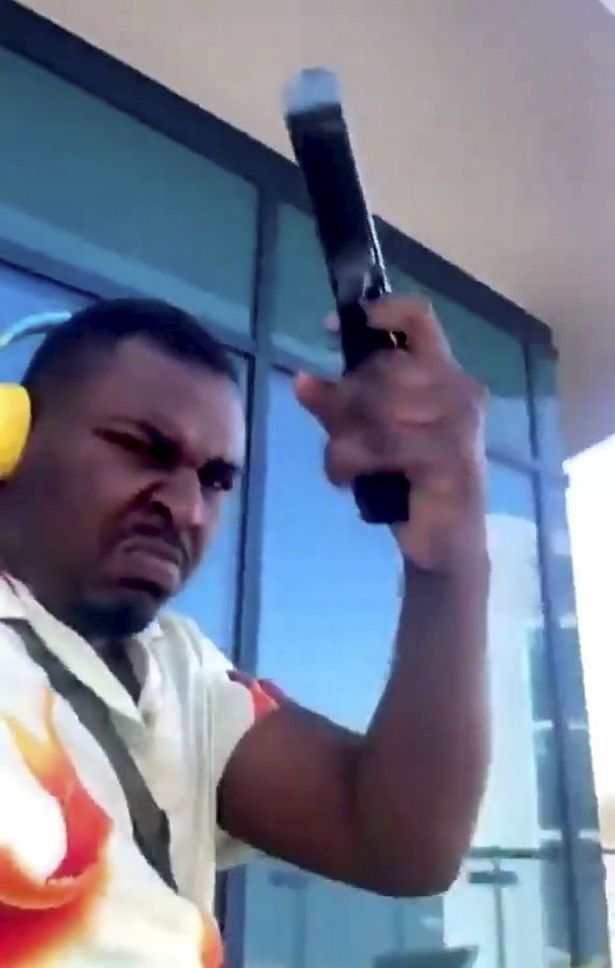 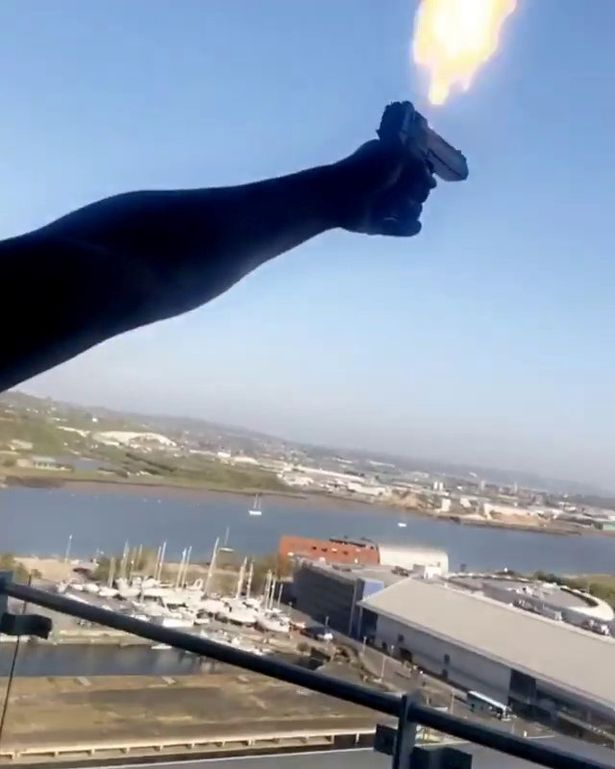 A suspected gunman who was firing shots from the balcony of an apartment in Kent filmed himself on Instagram during the incident.

Armed police surrounded a block of flats in Chatham this morning after a man was seen shooting aimlessly into the air from a top floor flat.

Videos have since emerged on Instagram and Snapchat of a man apparently shooting weapons, with other clips appearing to show five guns and ammunition, which police suspect are imitation firearms.

He also appears to mention rappers Notorious BIG and Tupac.

The first video shows a man firing bullets from a pistol into the air while wearing headphones, with music playing in the background.

A second clip from Instagram shows the man, with what looks like a pistol in his hand, waving the camera around, in which other guns can be seen on a bed.

Another video shows the man again shooting into the sky from a balcony, whilst repeatedly shouting "call the cops".

In a further clip taken from Instagram, several guns can be seen on a bed, before the man wanders out onto the balcony and shouts: "call the police" multiple times.

An Instagram story from the same account shows a man filming from the balcony, in which several police cars can be seen surrounding the building, before shouting: "Why are you scared, come, come, come."

Kent Police said a man in his 30s was arrested on suspicion of firearms offences following the incident, which saw terrified pedestrians and shoppers run for cover in the Dockside Outlet Centre at Chatham Maritime.

There have been no reported injuries.