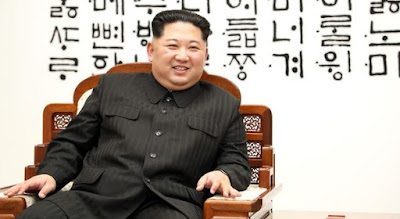 North Korean state media made no mention of new appearances by leader Kim Jong Un, a day after intense international speculation over his health.

South Korean and Chinese officials and sources familiar with US intelligence have cast doubt on reports that Kim is gravely ill after a cardiovascular procedure, while the White House said it was closely monitoring the matter.

Speculation about Kim's health first arose due to his absence from the anniversary of the birthday of North Korea's founding father and Kim's grandfather, Kim Il Sung, on April 15.

North Korea's official KCNA news agency and the ruling party newspaper, Rodong Sinmun, have given no indication of his whereabouts in routine dispatches since then, but said he had sent birthday gifts to prominent citizens.

On Wednesday, the main headlines from KCNA included pieces on sports equipment, mulberry picking, and a meeting in Bangladesh to study North Korea's "juche" or self-reliance ideology.

On Tuesday, South Korea's presidential Blue House said there were no unusual signs from North Korea, while  Donald Trump said the reports of Kim's ill health had not been confirmed and he did not give them much credence.