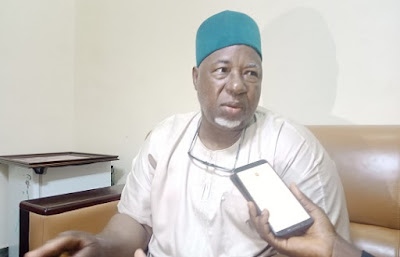 The elder brother of Governor Bala Mohammed of Bauchi State, Alhaji Adamu Mohammed Duguri, has recounted his ordeals in the hands of kidnappers.

He declared that N50 million ransom was paid to secure his release.

Duguri, who regained freedom after spending 13 days in kidnappers’ den, said security agents had no hand in his release contrary to belief that he was rescued by security personnel in the state.

Duguri was kidnapped on March 26 about 7:20pm by four gunmen at a tailoring shop at the Unguwar Jaki area of Bauchi metropolis.

The gunmen, who were said to be armed with AK 47 rifles, whisked him to an unknown destination.

But the Police Public Relations Officer (P.P.R.O) of the Bauchi State Police Command, DSP Kamal Abubakar, confirmed his release to newsmen on April 7.

The 65- year- old retired Customs Officer, who spoke for the first time on his abduction, said his abductors initially demanded for N350 million before they later agreed to accept N50 million.

He said being a brother to the Governor made them assume that that they could get the N350 million ransom but he had to make them understand that his family members are the ones to secure his release, not the State Government.

Duguri, who holds the traditional title of Wakilin Bauchi, the four-man kidnap syndicate was educated and well coordinated in such a way that they could not be traced by security agents.

His words: “They said they have not kidnapped somebody as big as l am. You know l was a uniformed man before. They know l knew all what they were doing. They felt l was a threat to them and were demanding N350 million, which l said when you look for that kind of money l will continue to be a liability for you here.

“I told them l have acclimatised already. I eat well. The only thing was l didn’t sleep well because it was on a mat all of us were sleeping. They gave me three pillows and supplied me apples with a bottle of maltina, anything l wanted they gave me.

”l made it clear to them if you are looking for money from Bauchi State they don’t have. Or are you thinking you want to demand for more money so that Bauchi State governor will bring money and you will release me and impeach him? Because they told me there was a kind of problem in the State Assembly which was centred on whether the governor would remove money from Bauchi coffers and release me.”

He added: ”My abductors were educated with western education, not only religious. They refused to talk to avoid being traced. They said the moment you talk to somebody now, they can easily be trailed. They knew what they were doing. They had to take my voice, they would later take it to Jos, relay it to somebody in Kaduna. That person then send it to Kano before calling my family. That was what they did.

He went on: “On the issue of ransom , they said they would come down to N100 million but i insisted that nobody will give them that amount of money. They however suggested that if they release me, they can collect the remaining amount later but i asked them how will they collect the money and I told them it won’t work because if you come to my house l will shout.