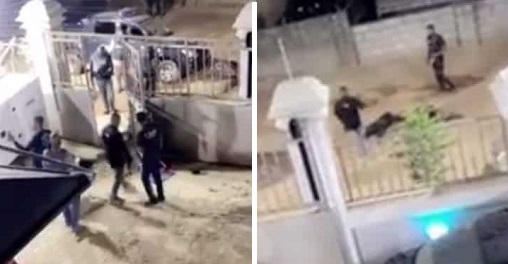 Four amrned robbers have met their waterloo when they stormed an estate in Lekki to rob.

They stormed the estatte at night, but unlnown to them a senior officer was around the vicinity and he immediately called for backup.

Four out of five of the amred robbers were gunned down, while the 5th a boy under the age of 20 was shot in the leg.

According to reports, he was used to bring out his other gang members and currently feeding the police on how they get their robbery informations.

If you don't like to see a dead body, don't watch the vidoe below...