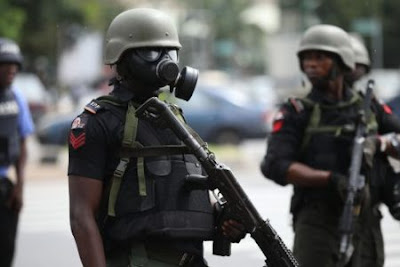 A Deputy Commissioner of Police attached to the Zone 5 headquarters in Benin, Edo State, Francis Bissong,  has died of COVID-19.

It was gathered from the Edo State Police Command that Bissong, a lawyer from Cross River State, fell ill on April 14.

The state Commissioner of Police, Lawan Jimeta, confirmed Bissong’s death to The PUNCH but said contrary to social media reports, Bissong was in Zone 5 headquarters and not in the state command.

He stated, “Yes, he died yesterday (Tuesday) and that was very unfortunate but he was not in the state command, he was in Zone 5 headquarters in Benin.”

Following the death of the police officer, the Zone 5 headquarters has been thrown into mourning.

“We are in a mourning mood right now”, a police source said on Wednesday, describing the late deputy commissioner of police as “a man vast in knowledge”.

The state Commissioner for Health, Patrick Okundia, who also confirmed the death of Bissong, said he died on Tuesday before he could get to an isolation centre.

Okundia said, “We had an unfortunate situation of a 57-year-old police officer who passed on yesterday. The story is not very clear how he got the infection but he developed some illnesses.

“Initially, there was no evidence of suspicion for coronavirus disease but when the symptoms started getting worse he was treated at the police clinic.”

He explained that about two days before his death, the state surveillance team was called to have a look at him.

He added that in the process, his sample was taken and it was sent to the laboratory while he continued with his drugs.