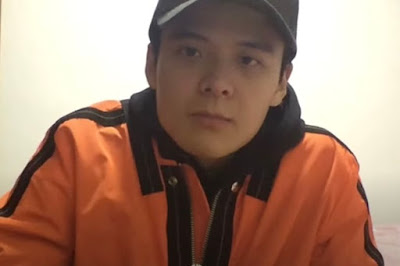 A Chinese journalist who went missing for nearly two months after posting videos from Wuhan during the coronavirus outbreak has resurfaced.

Li Zehua claims he was detained by police and forcibly quarantined.

He worked for state-broadcaster CCTV and travelled to Wuhan to report on the coronavirus crisis.

On February 17, he posted a video claiming that a neighbourhood committee had tried to cover up information about infections in the community.

Later in the month, he claimed that state security agents were pursuing him – before the footage ended abruptly with two individuals entering the apartment.

In a video posted on YouTube, Chinese Forumging site Weibo, and Twitter, Li said he was taken to a local police station.

He was told he was being investigated on charges of disrupting public order, The Guardian reports.

Police later said hey would not charge Li but said he would need to be quarantined.

Li spent the next month in quarantine in Wuhan and then in his hometown in a different province.

He was served three meals a day, monitored by security guards, and shown the state broadcaster CCTV’s evening news broadcast.

Li was eventually released on March 28 and says he has been spending time with his family.

He said: “Throughout the whole time, the police acted civilly and legally, making sure I had rest and food. They really cared about me.”

Li added: “May God bless China and the people of the world unite.”

His patriotic comments were radically different from previously uploaded videos.