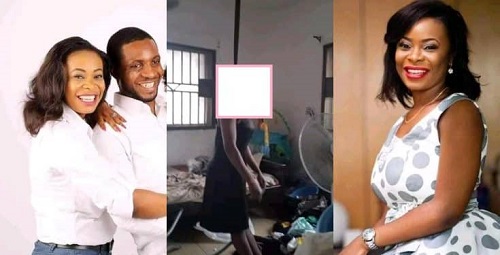 Personnel of the Lagos State Criminal Investigation and Intelligence Department, Panti, Yaba, have commenced investigation into the circumstances surrounding the death of a house help, Joy James, by arresting her boss, Fortune Nwankwo.

Punch Metro gathered that Fortune was arrested on the suspicion that she staged the victim’s suicide at her place of residence on Ogundola Street in the Bariga area of the state.

Fortune had reported at the Bariga Police Division on Monday that Joy hung herself to a fan in her room.

It was learnt that policemen, who were detailed to the scene of the incident, observed some marks on Joy’s body and after a critical analysis of the crime scene and the corpse, suspected a case of murder.

The corpse was evacuated to the Yaba General Hospital for autopsy, while Fortune was apprehended and the case transferred to the SCIID for further investigation.

Fortune, while speaking with Punch Metro, denied the allegation that she killed the victim, adding that Joy had already made up her mind to stop working for her, but could not leave her house because of the lockdown.

She stated, “An agent, Johnson Odewu, brought Joy to work in my place on January 10, 2020. She worked with my family for a while, but all of a sudden, she became reluctant to work; so, on April 9, I spoke with her and involved her relative, Blessing, who told her to behave.

“But when nothing changed, I decided that she should go and gave her N15,000 as her salary. She left around 7am.

“I was cooking when my husband told me that Joy was still around and when I spoke to her, she said she could not get a vehicle because of the lockdown. When Blessing, who was waiting to pick her up in Oshodi did not see her, she called and I explained what transpired and we both concluded that Joy should stay with us till the lockdown was over.

“I later saw that she was eating raw noodles and decided to search her room and that was how I discovered that she had stolen my clothes and my children’s toys. She even hid my clothes underneath hers so that I won’t see them when searching, but I found out; if only I can access my phone, I will show you everything.

“So, I brought her to the parlour on Sunday morning, informed her relative and flogged her. In the night, she refused to eat when I served her. Around 7am on Monday, I went to check on her but saw that she had hung herself to the ceiling fan and I screamed.

“My husband rushed out of the room and I quickly alerted my neighbours and we went to report at the police station. I swear on the life of my kids, I was not the one who killed her.”

When contacted, the state Police Public Relations Officer, Bala Elkana, said the case had been transferred to the SCIID for further investigation, adding that the police suspect a case of murder.

Elkana stated, “On April 20, 2020, One Mr Steven Nwankwo, 40, reported at the Bariga Police Station that one Joy James killed herself by hanging herself in her room with a belt. We mobilised to the scene, examined the scene and a critical analysis of the crime scene and the corpse raised suspicions on the possibility of a murder.

“We have evacuated the corpse to the Yaba General Hospital’s mortuary for post-mortem, while the complainant and his wife, Fortune, 31, were transferred to the SCIID for discreet investigation.”

It was, however, learnt that Steven had been released.