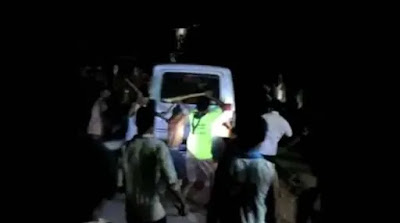 A 37-year-old man has been reportedly beaten to death by residents for dispossessing a woman of her mobile phone in the Warri South Local Government Area of Delta State.

It was learnt that the yet-to-be identified man was apprehended by residents of the Kpoloko Market area.

Punch Metro gathered that the incident occurred on Wednesday.

It was also learnt that the victim died at the police station as a result of the injuries he sustained from the angry mob while dispossessing the woman of her phone inside the market.

An eyewitness stated, “The man was mobbed by residents of the area before the police came to the scene. They were two, but the other escaped.

“Robbers have been terrorising the area for a long time; they are generally known as Awala Boys.”

“Yes, it is true. Before the police could get to the scene, he was already badly beaten. He was rushed to hospital, but the doctor pronounced him dead,” the PPRO said.