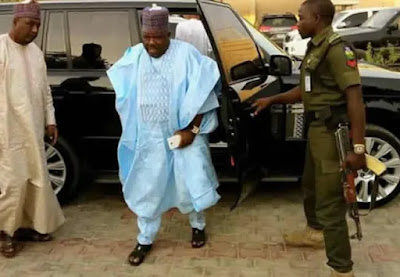 Boko Haram has killed five persons in the convoy of a former governor of Borno State, Senator Ali Modu Sheriff, along the Maiduguri-Damaturu highway.

The source disclosed that Sheriff was travelling to Maiduguri from Abuja on Thursday evening to take part in the third day post-burial prayer for his father, Galadima Sheriff, who died last week.

He said Sheriff had travelled in a convoy of nine exotic vehicles.

The source added that they (Sheriff convoy) were trailed by the Boko Haram around Auno, adding that the terrorists engaged Sheriff’s escort around 6:30 pm on Thursday, and during the crossfire, two police officers, two civilians and a soldier were killed.

The source said one of the nine vehicles was damaged at Auno as the convoy was rescued by a team of the Rapid Response Squad deployed to Njimtilo to enforce the COVID-19 lockdown.

The source said the terrorists were pushed back by the team of the Rapid Response Squad.