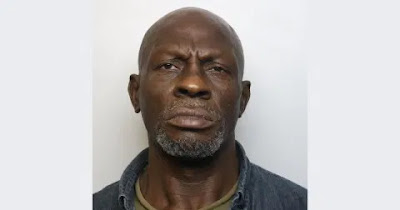 A man who played Russian roulette with the health of dozens of women by failing to tell them he was HIV positive before having s.e.x has been jailed for eight years after infecting three of them.

John Rodney, 60, tested positive for the virus in August 2013 but continued to have unprotected s.e.x for years after.

Bristol Crown Court heard Rodney, from Swindon, only sporadically took medication that would have reduced his risk of passing it on. In one case he even denied having it, instead claiming to have another condition.

Wiltshire Police launched an investigation in 2017 after one woman reported that she had contracted the virus following unprotected s3x with Rodney.

Rodney insisted he had remained abstinent for years but detectives were able to prove otherwise, including obtaining evidence from two former partners who had contacted him in 2009 to tell him they had tested positive for HIV.

He later pleaded guilty to three charges of GBH against the three women.

Judge William Hart imposed an extended sentence of 12 years and six months, comprising of eight years in prison and four-and-a-half years on licence.

The judge accepted that Rodney, who has a long list of previous convictions, had not intended to infect the three women with HIV.

But he added: ‘You were, in my judgement, grossly reckless in having unprotected sex with each victim when the chances were so high that they would become infected.

‘You totally disregarded their health, their futures and their freedom of choice, prioritising in each case your own sexual desires.

‘What you did was unforgivable. Your appalling criminal record is a litany for disregard of the interests and wellbeing of other people.

‘You have brought misery on so many over the 60 years of your life.’

Rodney was informed he had tested positive for HIV by his doctor in August 2013 and was advised he should not have unprotected s.e.x to avoid infecting others.