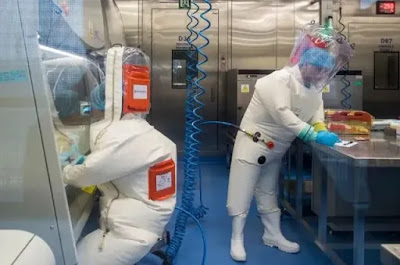 A Wuhan laboratory is the “most likely” source of the COVID-19 outbreak now ravaging the globe, according to a U.S. government analysis that catalogues the evidence and concludes that other explanations for the origin of the coronavirus are less credible.

The document, compiled from open sources and not a finished product, says there is no smoking gun to blame the virus on either the Wuhan Institute of Virology or the Wuhan branch of the Chinese Center for Disease Control and Prevention, both located in the city where the first outbreaks were reported.

But “there is circumstantial evidence to suggest such may be the case,” the paper says.

“All other possible places of the virus’ origin have been proven to be highly unlikely,” the document concludes. A copy of the report, compiled this month, was obtained by The Washington Times.

Chinese authorities have said the origin of the virus is unknown but initially stated that it came from animals at a “wet market” in Wuhan where exotic meat is butchered and sold. They said the virus may have jumped from bats to animals sold at the market last year and then infected humans.

U.S. officials have grown increasingly sceptical of that version of events. President Trump confirmed this month that “a lot of people” are investigating the origin. Army Gen. Mark A. Milley, chairman of the Joint Chiefs of Staff, said U.S. intelligence agencies are investigating whether the virus escaped from a lab or was the result of a naturally occurring outbreak.

“At this point, it’s inconclusive, although the weight of evidence seems to indicate natural,” the general said on April 14, “but we don’t know for certain.”

The government analysis says the animal host explanation doesn’t hold up well because the first human diagnosis of COVID-19 was for a person who had no connection to the wet market. According to reports from China, no bats were sold at the market.

Meanwhile, a number of suspicious actions and a paper trail suggest that the virus escaped from one of the labs, though China is clamping down on the ability to pursue those leads.