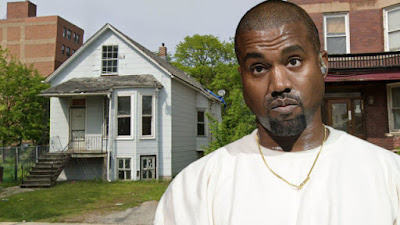 $225,000 means nothing to billionaire Kanye West as the superstar rapper has reportedly bought back his Chicago childhood home fort hat amount.

In photos shared by The Sun UK, the house is in a derelict state with broken windows, demolished doors, dirt and trash lying around.

The house is reportedly falling apart and will need at least another $60,000 worth of repairs but that should not be an issue either considering West’s networth.

The Sun UK reports that it would be cheaper to demolish the home rather than fix it.

On the outside, the boards that hold the home together are coming apart and the roof is crumbling with several shingles missing.

The home has also become a dumpster, and every corner is covered in crumbled water bottles and even seemingly drug paraphernalia. The backyard door is also boarded up. The windows are also broken.

The remaining doors have been bolted with hefty locks and there is glass around them, meaning someone may have vandalized the home or tried to break in.

Additionally, there is no fence around the home, except a poorly-placed chainlink fence to keep people off the property. Even insects have made their property their home as it is covered in cobwebs and spiders.

The wooden floors have been destroyed, and the closet doors have been ripped from their hinges. All that’s left in one room is a bed frame and some items of clothing. Mold has also started to take over.

Kanye’s late mother Donda originally bought the house in 1980 but sold the property in 2004 when she moved to California to be Kanye’s manager.

She was an English professor at Chicago State University. She died in 2007 from cardiac arrest after having a series of cosmetic procedures. 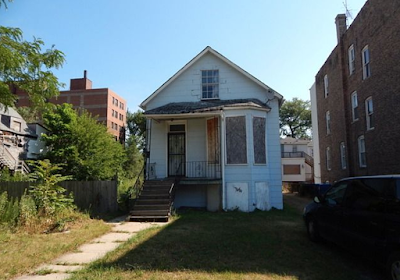