Police In UK Have Received Over 200,000 Lockdown Calls From People Reporting Their Neighbours 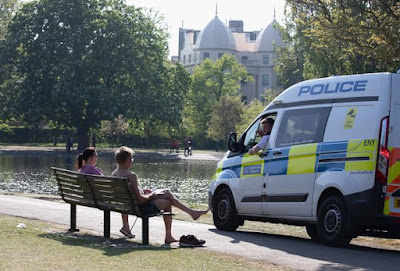 Police have been bombarded with more than 200,000 calls from people reporting their neighbours for breaching lockdown - an average of almost five a second.

New figures show more than 9,000 fines have been issued in the last four weeks for flouting the rules with 80% going to men.

Deputy Chief Constable Sara Glen of Hampshire Police said reports of anti-social behaviour in the UK more than doubled to around 215,000 during the period, compared to around 106,000 last year.

Data released by the National Police Chiefs' Council on Thursday shows 8,877 fixed penalty notices have been recorded by forces in England between March 27 and April 27, while 299 were issued in Wales over the same period.

Ms Glen said younger people were more likely to breach the lockdown rules, with figures showing around eight out of 10 people fined were men, a third were aged between 18-24 and another third aged 25-34.