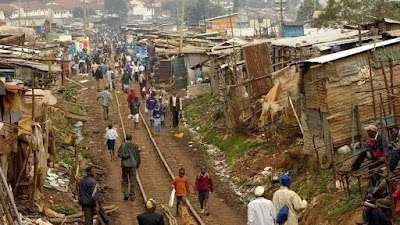 The National Bureau of Statistics has said 40.1 per cent of the country’s population live in poverty.

The NBS, in the executive summary of the 2019 poverty and inequality report released on Monday, said over 82.9 million Nigerians lived below its poverty line of N137,430 per year.

The bureau said between September 2018 and October 2019, it conducted the latest round of the Nigerian Living Standards Survey after 10 years.

The NLSS is the official survey that is the basis for measuring poverty and living standards.

The NBS said, “In Nigeria 40.1 per cent of the total population were classified as poor. In other words, on average, four out of 10 individuals in Nigeria have real per capita expenditures below N137,430 per year.

“This translates to over 82.9 million Nigerians who are considered poor by national standards. It is important to note that this number excludes the state of Borno.”

It said while the NLSS 2018-19 included households from Borno, that sample was not representative of the whole state since only households from “accessible” (safe-to visit) areas were interviewed.

“Thus, the Borno sample is considered non-random and non-representative,” the bureau added.