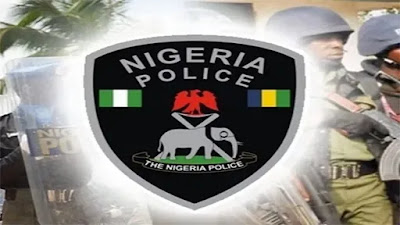 A Delta State High Court has awarded N1.6million damages against the police for unlawful arrest and detention of eight former security officials of the defunct Delta Steel Company Limited.

The court also ordered the police to publicly tender an unreserved apology for the illegal arrest and detention in at least two national newspapers within 14 days.

The ex-security workers were forcefully evicted from their homes, arrested and detained in a police cell in Ovwian while honouring a police invitation from September 15 to 19, 2016.

They were later arraigned before the Udu Chief Magistrate Court, Otor-Udu on a holden charge and were remanded at the then Federal Prisons, (now Nigerian Correction Services) Okere-Warri, Delta State as awaiting trial inmates.

Justice Roli Daibo Harriman of the Delta State High Court in delivering her judgment on Thursday, April 30, 2020, said the arrest and detention of the ex-security workers were illegal.

The respondents were ordered to “render an unreserved apology to the applicants in two National dailies i.e the Vanguard Newspaper and The Nation Newspaper within 15 days from today.”

Meanwhile, a major shakeup in the state police command is causing ripples in the state as 62 Divisional Police Officers (DPOs), including other unit heads, have been redeployed.

The redeployed officers, most of southern origin, are to serve in Kebbi, Sokoto, Kaduna, Yobe, Kogi among other states.

It was learnt that these officers have been replaced with their northern counterparts.

It was dated April 30, 2020 and signed by Assistant Inspector General of Police (AIG) Alkali Baba Usman, a former commissioner of police in Delta State.

The Inspector General of Police Mohammed Adamu ordered the transfer of the officers, demanding that disciplinary action against officers who fail to resume at their new posts on or before May 29.

Sources said that CP Hafiz Inuwa claimed that the transfer was as a result of the over-stay of the officers in their respective divisions and thus were becoming unproductive, a position some security operatives have faulted.

Civil Society Groups (CSOs) are alleging ethnic play by the state police chief, noting that some of the affected officers barely spent a year in the state.

The Committee for the Defence of Human Rights (CDHR) has demanded that the IGP reverse seven days to the IGP to reverse the transfer in seven days.

He added, “we don’t understand what the IGP is trying to do, is he trying to bring in Boko – Haram or Herdsmen to the Southsouth?”

Mr Inuwa confirmed the development but refused to comment on it.