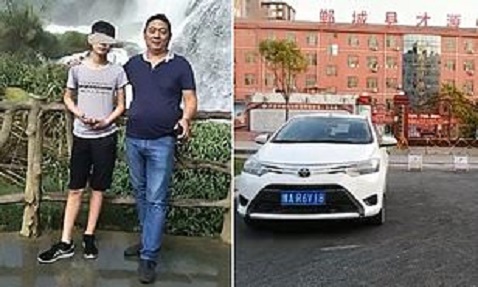 Two Chinese boys have dropped dead in the space of a week while participating in physical education class.

The students from two different Chinese cities, both 'suddenly' collapsed on their schools' running track and were subsequently pronounced dead on April 24 and April 30 respectively.

Chinese education authorities have cancelled running tests for this term as a result of concerns over students' fitness following three months of school closures.

It is believed that the boys had had trouble breathing during the exercise due to their face masks.

Their deaths came after another student also reportedly dropped dead during a PE lesson on April 14, but it has remained unclear if the pupil had been wearing a face mask.

Li, a 15-year-old student from central China, was declared dead on April 24 after he collapsed on campus at the Dancheng Caiyuan Middle School in Henan Province.

The student's father, Mr Li, told the press that his son was running in laps on the school's sports ground before Li fell backwards.

'It happened within two to three minutes during his PE class.

'He was wearing a mask while lapping the running track, then he suddenly fell backwards and hit his head on the ground,' said Mr Li.

The parent said that a local hospital issued a death certificate claiming 'sudden cardiac arrest' as the cause of death.

But Mr Li believed that his son's death was caused by wearing a face mask during strenuous exercise.

'It was sunny and their PE class was in the afternoon when it was at least 20 degrees Celsius,' the Chinese father suggested.

'It couldn't have been comfortable wearing a mask while running.'

Mr Li's son had only been back at school for four days after classes resumed on April 20 for the first time since late January following three-month of coronavirus closure.

Cao Lanxiu, professor at the Shaanxi University of Chinese Medicine, disagreed with suggestions that the face mask might have caused Li to suffocate to death due to a lack of oxygen.

'I don't think mask-donning has caused this sudden death,' said Ms Cao. 'If this student had trouble breathing, he would've been conscious of that and wouldn't have continued to run with the mask on until his heart stopped.'

The professor added that the only way to determine the cause of Li's death was to carry out an autopsy.

The student's family declined to conduct an autopsy to preserve the boy's body, according to the press. It remains disclosed if there were any conclusive links between Li's death and wearing a face mask. 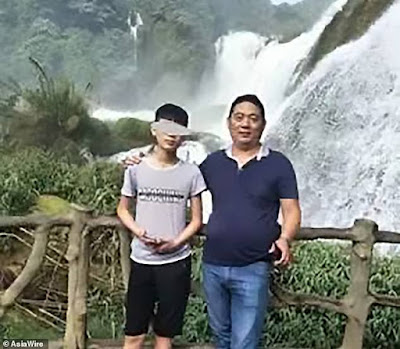 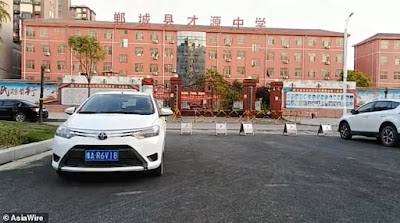 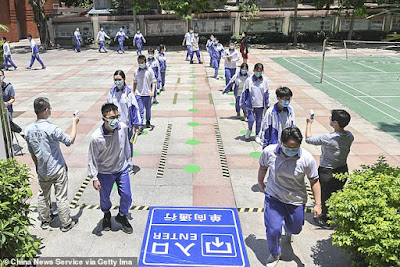 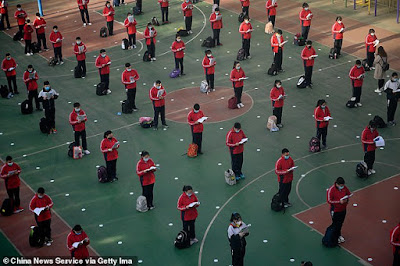