210 Almajiris Out Of Quarantine In Kaduna State 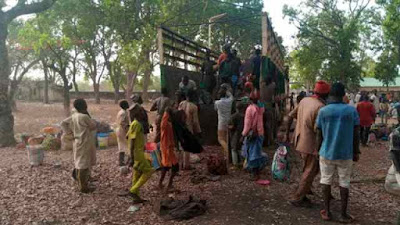 After completing two weeks quarantine and testing twice negative for coronavirus, 210 Almajiris out of the 680 returned to Kaduna from other Northern States have been discharged and sent home by Kaduna State Government.

Commissioner for Human Services and Social Development, Hajia Hafsat Baba, who disclosed this on Sunday, said all the 210 Almajiris tested negative for COVID-19.

She however said they will not be allowed to beg anymore in the state because the government has already banned Almajiri system.

According to her, the children who were among those repatriated from Kano, Plateau, Bauchi, Gombe and Niger states, would be handed over to their local government chairmen to hand them over to their parents.

The Commissioner said: “These children were from Kudan, Makarfi, Ikara, Giwa and Zaria local Government Areas of the state and were brought back from states like Kano, Bauchi, Gombe, Niger and Plateau States.

”We are happy to say that two 210 of them would be discharged today (Sunday) having completed their quarantine period of 14 days.

“Those that tested positive have been isolated but those discharged are free to go home and reunite with their family.”

It could be recalled over 60 of the returned Almajiris had tested positive in Kaduna State, jacking up the active cases in the State to close to hundred within two weeks.