Girl Who Made Viral Video Pretending To Walk In On Her Boss And His Secretary Having S.e.x Gets FIRED

A high school senior claims she was fired from her job after she made a TikTok video pretending to walk in on her boss and his secretary having s.e.x.

According to Insider, a teenager named Paige from Newberry, Florida, uploaded a video on TikTok in which she filmed her reaction as she walked into her boss' office -- and supposedly saw him engaging in NSFW activity with the secretary.

Now, she's admitted that she made the whole thing up and her boss found out and fired her.

Paige, who posts as @paige.elizabxth, shared the initial 'gotcha' video on her TikTok recently.

The camera was trained on her own face and had the caption: 'Casually walking in on my boss and secretary doing the nasty.'

Paige filmed herself as she walked into his office, pretending to have a question, only to catch him in the act. Though she only films herself, screams can be heard as she runs away laughing.

She explained to viewers that it was an 'everyday thing,' adding the hashtag #ihateithere.

The video quickly earned attention, but some skeptics accused her of making the whole thing up — which she denied at first.

'Well, had you read my caption, you would see that it happens all the time,' she said. 'So I was like, "Hey, why not be like, ask him a question, walk in there and video?" 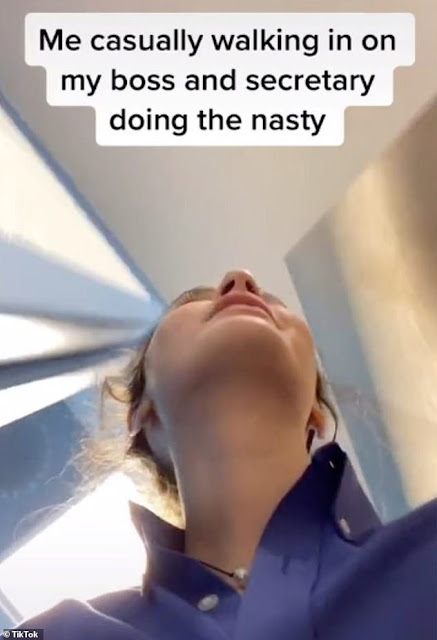 She added that the secretary walked out looking guilty, but claimed she actually gave Paige permission to share the video. *

Later, Paige claimed that her boss texted her to say he was 'extremely disappointed' in her -- but she said she used the leverage to get a raise, from $13 an hour to $20 an hour. 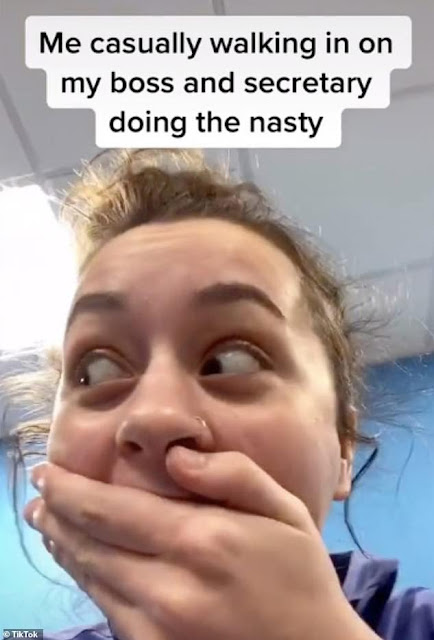 TikTok users watched the whole saga play out, video by video -- until Paige deleted them all and uploaded a new clip, in which she admitted the whole thing was a hoax.

Worse, she lost her job because of it.

In the latest clip, she filmed herself in which she said that yes, she made the whole thing up after all, and now she's been fired -- but that, hopefully, she can find another job.

'Well this is awkward,' she captioned the clip, still seemingly to find the whole thing quite funny. 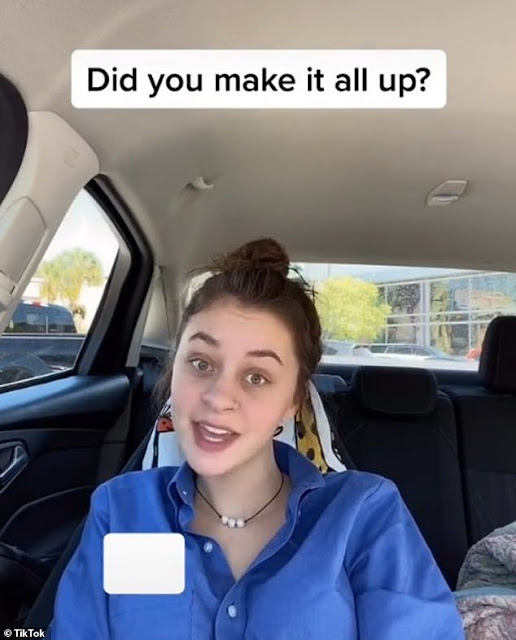 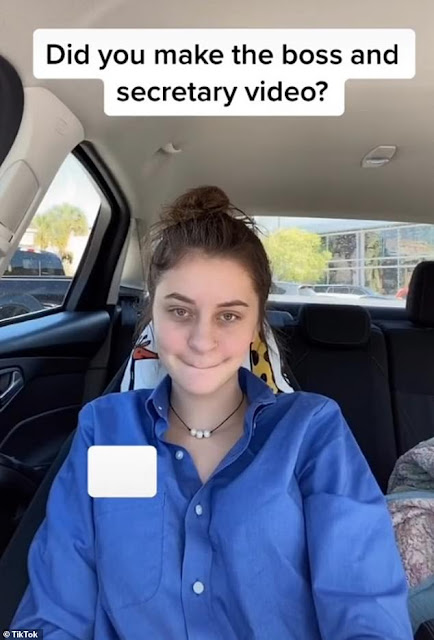